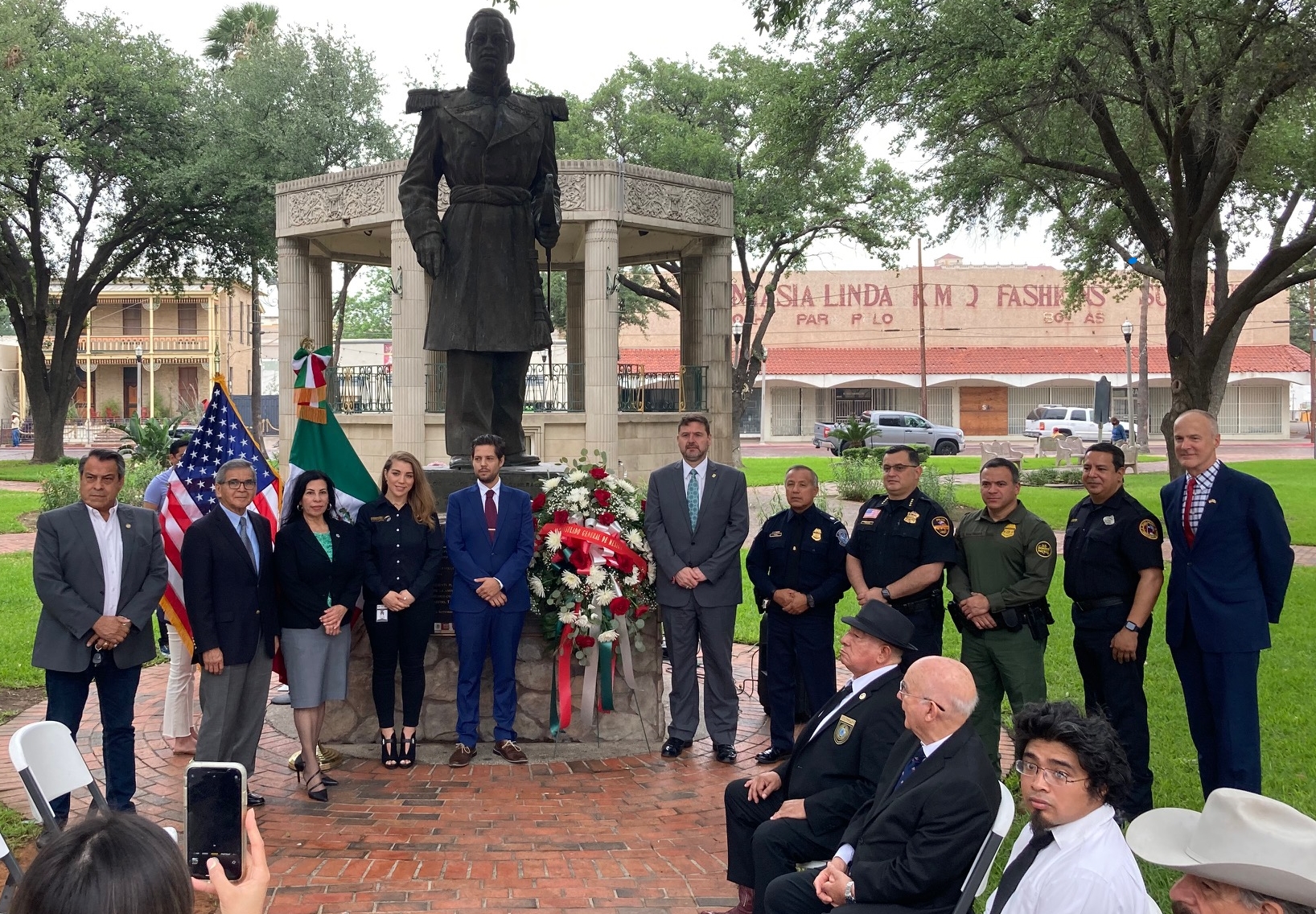 Gene Lindgren, President and CEO of the LEDC, was invited to attend the civic ceremony to commemorate “la Batalla de Puebla” hosted by Mexican Consul General in Laredo Texas, Juan Carlos Mendoza.
Cinco de Mayo is an important event in the proud history of our sister country. This year marks the 160th year anniversary of Mexico’s victory over the French Empire at the Battle of Puebla in 1862, led by General Ignacio Zaragoza. The event was held at Plaza Agustin on the downtown street that shares his name, Zaragoza.

Take Your Sales To The Next Level

Contact us at 1 800 232 3485 send us an email, or fill out our contact form to speak with one of our experts and learn how we can help you increase your sales.

Laredo Economic Development Corporation. The Business Authority for Economic and Industrial Development in the Port of Laredo.